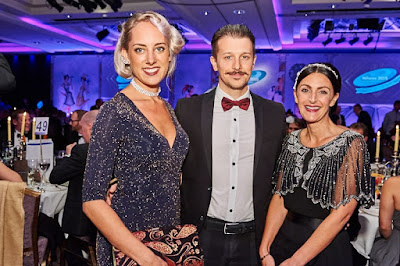 The Henries was an amazing experience for me and I Drew This, this time last year I had so wanted to go but decided that I would only go if nominated so you can imagine my pure delight when Mischief was nominated in the best Cute category, up against stiff competition, I am friends with Eleri who created Tiddly Poms for Paper Rose and I had already fallen in love with Pippi & Me's designs so I decided to stay cool and just enjoy the evening as it happened.
I stayed at The Lancaster Gate Hotel where the awards were being held which made the whole experience even better and around 6.30 decided to head to the Windles cocktail party where I was immediately met by a friendly face, Bex from Bexy Boo, who was also up for a couple of awards.
We then all made our way down to the hall which had been decorated with a fun 1920's theme.
Wow 700 people from the industry all under one roof, there was such a buzz as everyone sat down for the evening which began with a few words from organisers Jakki Brown and Warren Lomax some fab 1920's dancers.
The food was delicious and the conversation flowed around our table, I was sitting with representatives of Five Dollar Shake, Belly Button and Simon from Wraptious (a fellow Ladder club member) also nominated for an award.
Once everyone had finished the amazing desserts it was time for the awards, compere comedian Mark Watson was the perfect host and before I knew it we were flying through the results, I was sitting close to the Paper Salad girls and it was really inspiring to see them celebrating with their teams who have helped them get to this point, Belly Button too had great success on the night.
When my category was announced I did my best to stay calm but my heart was beating so fast in my chest it was such an exciting feeling.
After the awards the band came out and dancing and fun continued, I went on to have some really good conversations and again fully appreciate the greatness of the industry that I am now so very proud to be a part of, there were so many people there that I didn't get to see but I am determined that I will be there again so see you next time.
This just leaves me to say a huge congratulations to all of the nominees and winners and to see a full list do click here.

IDREWTHIS
Brighton, United Kingdom
My name is Ilona and I am the designer/ Illustrator of I Drew This. I publish my own greeting cards along with working on commissions. This blog is where I post my work, inspirations and aspirations. Please do leave a comment x 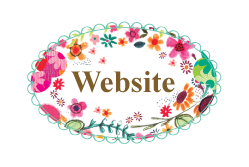 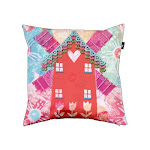 Please DO NOT use any of these designs and images without permission.
Its not nice and all contents on this blog copyright protected IDREWTHIS unless otherwise stated.